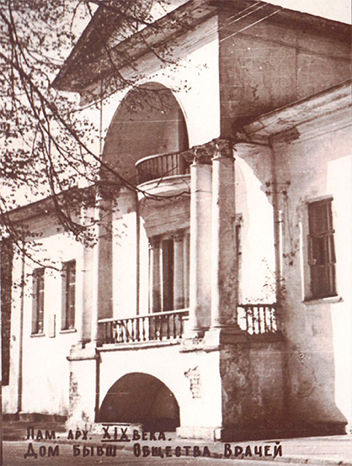 The history of the house number 15

The history of the house number 15 on the Volga embankment goes back many centuries. From the original building, which dates from the last third of the 17th century, only the magnificent vaulted cellar (podklet) has been preserved. In 1820s the house was completely rebuilt. Both the external appearance and the layout changed. The facade of the building, designed in the spirit of late classicism, is still a decoration of the Volga embankment.

Dmitry S. Rukavichnikov (Rukavishnikov), the son and successor of a rich Yaroslavl tannerSergey A. Rukavichnik (Rukavichnikov), was a builder and the first homeowner. According to the documents they completed the construction of the house in 1678. The house was built on a deep vaulted basement according to the usual scheme, when there are large rooms on either side of the middle room – the hall. After Dmitry's death (until 1685), the house passed into the possession of Yaroslavl merchants Ivan and OsipShapkin through their aunt Anna Rukavishnikova – Dmitry S. Rukavishnikov's widow. The house remained in the possession of the Shapkin family for the entire 18th century. 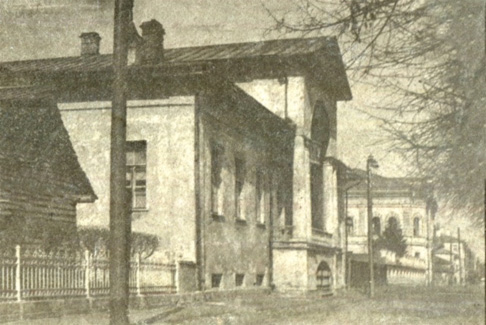 According to the testament of Sergey, Osip Shapkin’s sonand his wife the house passed to their youngest son Semyon in 1772. In 1799 it was distained for debts and transferred in a "dilapidated state" to the jurisdiction of the city magistrate.

From 1802 to 1848, the house was madeintoan official apartment of the Yaroslavl police chief. Later, I.F. Gezhelinsky, the chairman of the Yaroslavl bureaucrat chamber and the actual State Counselor; F.F. Sege von Launberg, the communications engineer; Colonel KoptevLieutenant-General, the commander of the Rostov Grenadier Regiment lodged there. Documents have been preserved that attest to repeated repairs, alterations and "correction of dilapidations" both by the magistrate and by tenants.

In 1862 a Yaroslavl trader A. I. Trunov rented the house. The building was intended for the construction of a trading club, but this project, apparently, was not realized. In 1869, Trunov known for his charitable work, gave the house to the Yaroslavl Society of Physicians to create a clinic with a maternity ward for incoming patients.That was the second clinic in Russia (after St. Petersburg), where patients and women in childbirth could receive free assistance. After the Revolution, until 2001, the house was administered by the regional Health Department. There were the first obstetric school, and later - the unit of Yaroslavl Maternity Hospital No. 1.

In 2014 the building, which had not been operated for more than 10 years, was acquired by ОАО Yaroslavl Technical Carbon. A large research and restoration workwas carried out here, which allow usto track the history of the houseclearly. 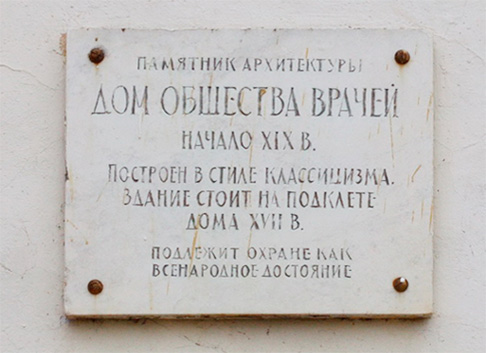